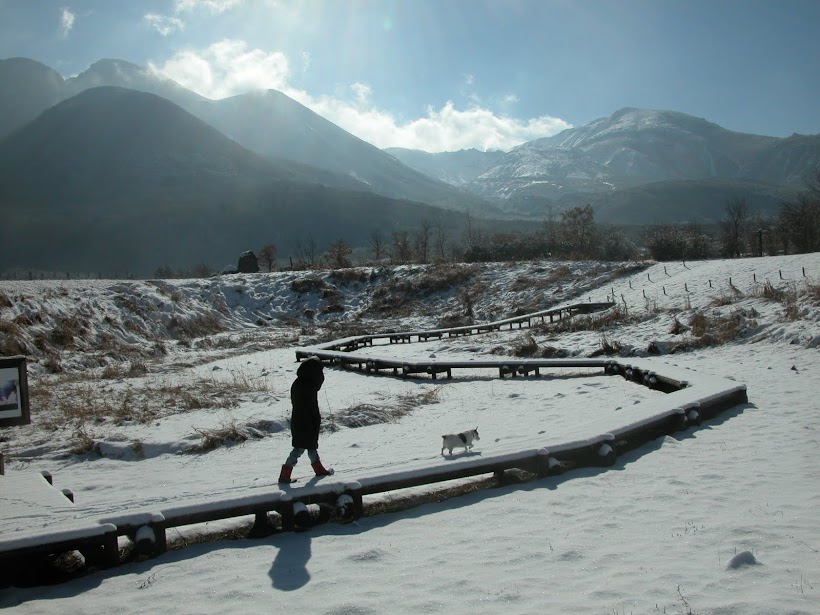 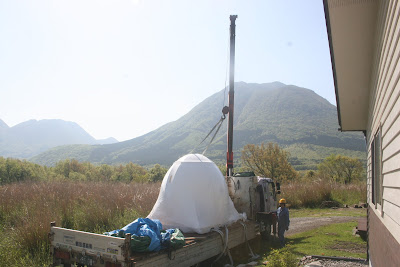 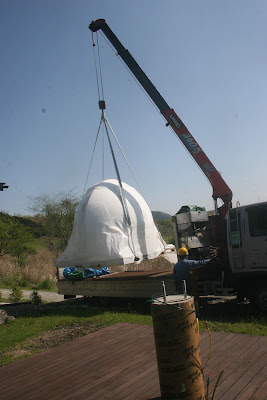 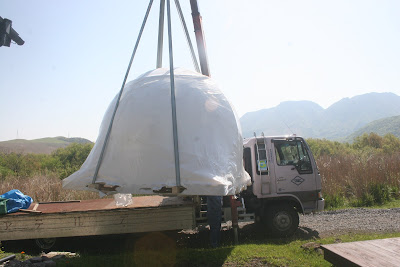 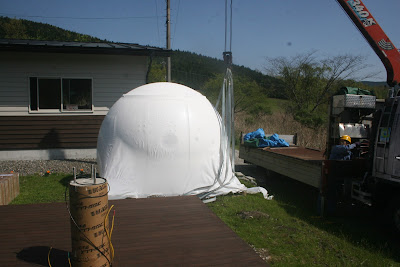 The ScopeDome is finally here!!! Some assembly is required, but I plan on enjoying every frustrating step.The truck arrived at 9:30 on Saturday. Just in time for Golden Week. The driver did a great job of gently lifting the 404 kg dome and placing it exactly where I wanted it. 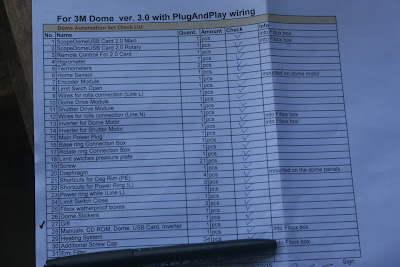 Within minutes I had the protective wrapping off the dome and was taking inventory of everything. 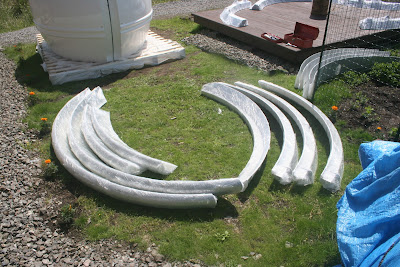 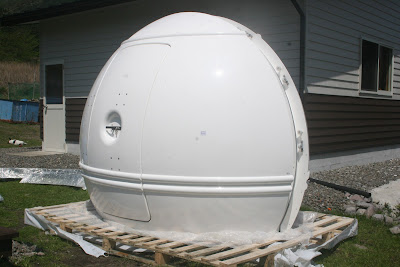 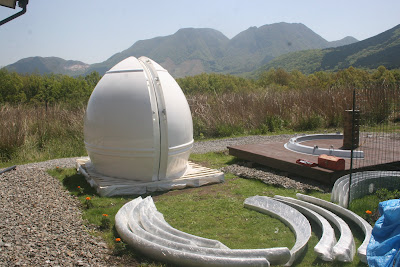 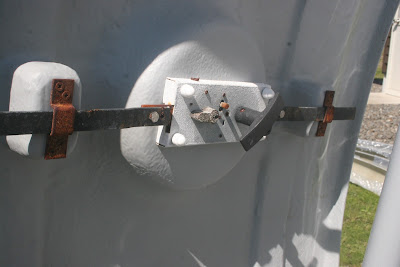 My only complaint is the amount of rust on the door hardware. I shouldn't be surprised because the obsy has been on a ship for nearly 2 months. I'll take care of the rust after the dome is assembled. 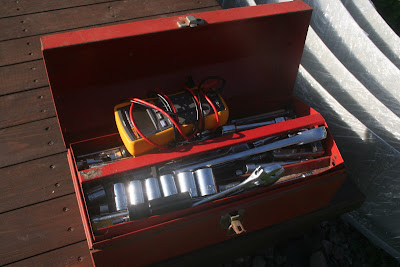 I’ll present some of the highlights of assembling the observatory. Generally, all that is required are some basic tools and mechanical ability. Some steps require up to 4 people to accomplish due to the size of the dome panels. They are huge! The assembly will be divided into three parts, the exterior, interior and the electronics. Well, let’s get started…

The base ring was assembled and checked for roundness. The ring was fastened to the platform with large bolts. Then the rollers were wired for 200VAC. 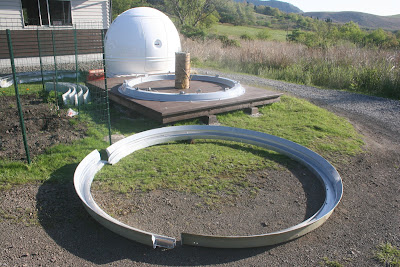 The rotating ring was assembled and checked for proper fit on the base ring.
After the base/ rotating rings were joined a simple test was performed. I checked to see if the rotating ring rotated easily with a push of a hand. It worked! I greased the rollers and added the support angles. 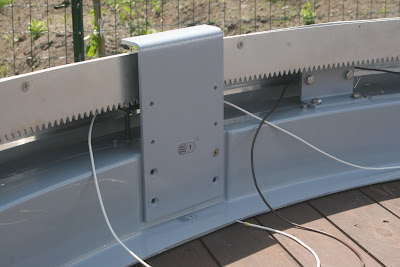 The eight supports prevent the dome from blowing away in a typhoon. 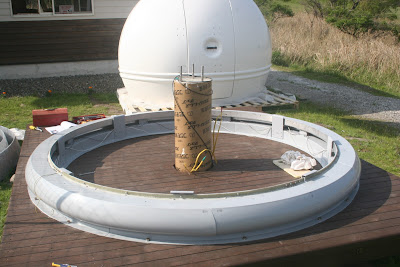 The final part of the base assembly was the cover installation.

That's it for now. Installation of the huge side panels will be next. We'll need some help with this step. Anyone interested?     George

Posted by George and Erika at 9:51 PM

George and Erika
George is an American husband who loves Japan, Erika is a Japanese wife who loves the U.S., and Kiley and Lucky are two Jack Russell Terriers who love to be spoiled.